The world's most relaxing song

Trouble sleeping? Maybe you should put on the ”world’s most relaxing song” before bedtime. It’s called “Weightless” and was written in 2012 by the UK band Marconi Union in cooperation with sound therapists from the British Academy of Sound Therapy. Together they composed an eight-minute instrumental track, designed to lull the listener into relaxation through proven heart-rate-lowering sounds and tempos.

The song is filled with mellow synths, soothing melodies, and instrumentation composed of piano, guitar and electronic samples of natural soundscapes.

Does it work? Well, the song is so effective that it is considered dangerous to play while driving according to study moderator Dr. David Lewis-Hodgson of Mindlab International. When it was released, studies showed it had effects such as reducing anxiety, blood pressure, and heart rate.

Earlier this year, US researchers revealed that playing “Weightless” before surgery could be just as beneficial for calming a patient’s nerves as medication.

It seems like there’s an irresistible link between backbeat and heartbeat. If you want to get sleepy, the songs you listen to, should all be set at tempos between 60 and 80 beats per minute—our approximate heart rate when falling asleep.

So next time you want to be heavy-eyed, try one of these:
“Weightless” by Marconi Union
“Clair de Lune” by Claude Debussy
“The Boxer” by Simon & Garfunkel

Read the articles in The Independent and Readers Digest.

How to create a delicious smelling simmer pot 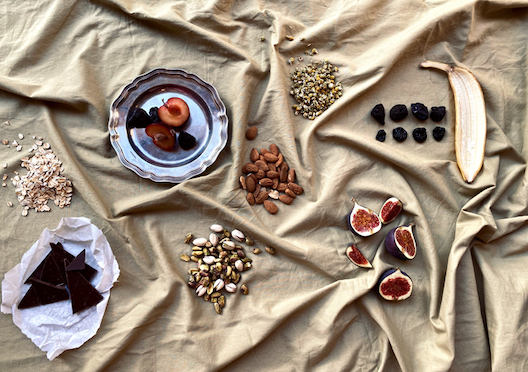 Midnight Snacks That Make You Sleepy

Get a gift from We B Tea